As the health crisis has celebrated its first year, and as we live more or less confined, what should we remember about the impacts? On our uses and our consumption of content? Our relationship with brands and their advertising? What are the stakes for all of us, in the advertising ecosystem?

Our habits have been turned upside down in part because of the explosion of telecommuting, which has made the border between personal and professional life more and more porous. Zoom is the perfect illustration; still almost unknown 2 years ago, this application has become “the” application for conference calls, to the point, according to the analysis firm Aragon Research, of becoming a verb, just like “Google” in the United States: “I’ll zoom you tomorrow”.

Our leisure consumption has been equally disrupted, again with regard to video: Netflix, Amazon Prime Video, OCS… are the big winners in lockdown. According to UK communications regulator Ofcom, social video network TikTok saw its usage explode between January and April 2020, from 5.4 million adult visitors to 13 million. And Twitch, the live video game streaming platform, saw its usage double from 2.3 million visitors to 4 million over the same period.

The other impact was on the device of choice to consume its content. While one might think that with the confinement, the mobile has been abandoned in favor of television, it is not so simple. According to an Ifop survey, 62% of French people say they spend more time than usual on their cell phone screen. And even +75% for the 15-34 years old.

Another interesting phenomenon is the consumption of audio; even if its weight remains relatively low, its consumption is growing at an exponential rate according to the SRI, and the recent emergence of the new social network ClubHouse, still confidential since it is largely preempted by the entrepreneurial ecosystem, reflects this trend.

Digital natives are driving the growth of new content consumption, mainly video content on cell phones, but this trend affects both young and old. In reality, these uses, accentuated by the successive confinements, reflect a desire for change, but also, somewhere, a desire for proximity in this context so restrictive that we have known for more than a year: the written word, the chat, the email, the commentary, are no longer enough because they are too distant, insufficient, we need more than ever to listen to each other, to see each other in order to dialogue and exchange. Seeing content to discover ideas, products, services, in short (re)live an experience while being confined.

In this context, advertisers, even if cautious in 2020 in the face of an unprecedented health crisis that has plunged consumption, have resumed their investments in mobile advertising in general and in video in particular. The first promising signs come from the United States, whose economy has experienced a strong rebound in recent months.

But like deconfinement, let’s not miss this upcoming recovery in advertising investments! More than ever, we will have to take into account these new expectations, these basic trends. More than ever, the right balance between advertising revenues and user experience will be key.

Impactify is a web and mobile advertising exchange serving innovative premium UX ads focused on the user experience and viewability. 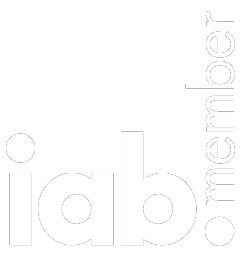